Hey everyone , I'm going to write about my diary , But first thing first i want to say that this is my very first time of the Dairy. Thank you T.Daniel to letting me get this kind of experience , Today i'm going to tell you about "League of Legends" or Also Known As "LoL" It's a moba game that i love and i have been playing it for 3-4 years already , Well i love it because it have everything that i love , Like that champion have unique skills , unique model , unique voice line and the most important thing is about "That champion's story that how did they come in the runeterra and why do they looks like that , Example of Yasuo the forbidden Samurai , Why is he the forbidden samurai? and how did he became a homeless samurai? Well i'll tell you and if you don't wanna know well just click away

. So first thing Yasuo is the best samurai of the dojo that he's in he trains hard everyday and he works hard then he unlocked the "Wind Element Skill" he's the only one who unlocked it (also his master) and then one day... the Master died and he was killed by the Wind elemental skill and the only one who can use the Wind elemental skill is Yasuo , Now you guys may be thinking that "Oh it's yasuo lol xd" but no it's not him also all of his dojo members are killing and fighting him because they also think that it's Yasuo , Yasuo got kicked from the dojo and was almost killed by the dojo members.... all he can do was just defending himself because he doesn't want to hurt anyone.. Then one day he got attacked by a mystery woman , They've been fighting for really long like days but then the mystery woman's sword is Expand and she used the Wind elemental skill , Yasuo was shocked and said who taught you that skill.... the woman didn't say anything and ran away (that woman name is Riven also known as Riven the broken blade) Maybe it's fun for someone maybe it's boring for someone but i love them but if you think that it's just 1 story?? I'll say nope it's more than you guys think because all of the champions (heroes) have their own story and League of Legends have 141 Champions so it's 141 stories.... Well that's even more than 5,000 pages of books and still why do i love it this much? Because there's not just the Champion's story , but the Skin that changes the Champion's Model, Walking animation , attacking animation , and all of the skills.. Also the single one of the skin also have STORIES you might now be wondering that how is there so many stories and even skins have story well yes this is why i love League of Legends.... The total skin they have is 812!!!! Eight - One - Two Holy cow that's a lot i know but this is why League of Legends is the 1# game for moba and also top 10 for all the games in the World..... Let's go back to Yasuo and Riven because i want to tell you the In-Game fights When Riven hits her Ultimate or the Wind elemental skill , Yasuo will say "Who taught you that skill...." Riven's answer was the same "Silence" she didn't answer again.. Look if you still doesn't think that League of Legends is a good game you should because even "In - Game" the Champions talks..... Thank you for reading these all nonsense dairy because it's my first time please don't hate on it ;-; (check League of Legends it's guaranteed the best game i've known) 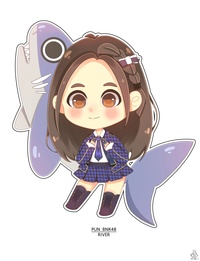 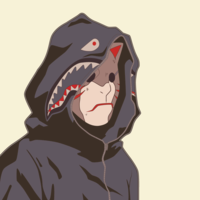 I haven't read such good story for a really long time. OMG

it's so much good. I feel inspired enough to make my own stories, too. I like the background of Yasuo, that he was an outcast. Awesome

I play LoL but this story makes me come back to the game. and nice "comeback" from Riven, too.
Write more so maybe you will be willing to write a book. oh and don't forget about photos next time.
Thanks

I haven't got this good compliment for a long time , Your words are really making me happy. Thank you T.Daniel.