9B
1. Leo is athletic (F)
Leo isn't athletic but he is quite artistic
2. Leo and Ian are thinking of going on a trip next year (T)
"We're planning to go to Wimbledon next year" as shown by Ian's website
3. Ian can't stand Fay (NM)
It wasn't mentioned that Ian can't stand Fay
4. Ian's school is close to his house
"It's just around the corner from my house" as shown by Ian's website
5. Ian enjoys surfing the net
It wasn't mentioned that Ian enjoys surfing the net, even though, he loves typing and talking about himself in the website but it doesn't prove that he loves surfing the net
6. Ian is taking an art course
It wasn't mentioned that he is taking an art course.
7. Ian isn't allowed to watch films at his workplace (F)
" I've got a part-time job at the local cinema so it gives me the opportunity to watch loads of films" as shown by Ian's website


Page 10
1. In the USA it's illegal for teenagers to go to the mall without an adult at all hours (False)
it is illegal for under 16 years to go to the wall without any adult. however. Teenagers last from 13-19 years old, but the law said that under 16 years old is illegal so teenagers are able to walk at the mall without an adult, but need to be at least more than 16 years old in order to go to the mall without any adults
(Teen = 13-19 years old)
2. In Australia, you can get married without your parents' consent from the age of 13 (False)
"In Australia, you can get married at 16 with one parent's consent", only this quote proven that this is false, we don't need more evidence but if you need more evidence here is another quote "At 18, you don't need your parents' consent".
3. Children under 12 can't buy a pet in the UK (True)
"you can get a pet at the age of 12 years old" shown by the book
4. It's against the law for 14 years olds to mow the law (True)
"if you're under 16 years old, it is illegal to operate a lawnmower" shown by the book
5. In New Zealand, only cyclists under 12 have to wear a helmet (False)
"In Australia, NEW ZEALAND, Canada, Finland, and in most states of the USA it is compulsory for cyclists of all ages to wear a helmet" shown by the book

Page 11 (11c)
1. John is 17, it's ten o'clock in the evening and he's at the mall with his mate
Legal, because he isn't under 16 years old
2. 16 years old, Kevin and his younger brother are playing a violent video game in Illinois
Illegal, because he and his younger brother aren't under 18 years old
3. Mark and Tracey are both 17 years old, they live in Oxford, UK and they got married yesterday, however. Their parent's don't know yet
Illegal, since the book said they need to be more than 18 years old in order to get married without any permission from their parent
4. 11 years old, Fred, bought a snake from a pet shop in London yesterday.
Illegal, he needs to be over 12 years old in order to buy a pet from a pet store.
5. Stephanie is an American 15-year-old and she's just come home from the fast food restaurant where she works.
Legal, because it is legal for teens that are more than 15 years old to work at the place that wasn't dangerous like Mines.
6. Mark lives in Sydney, Australia, he's 18 and he's riding his bike to work but he isn't wearing a helmet
Illegal, because in Australia, they have a law that forces all ages to wear their helmet.


That's all for my answer from To The Top 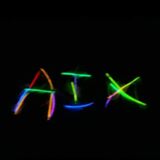 you will always surprise me. You're just like me when I was younger hahaha