The earliest sighting of the meme was under the name of "Coolface" instead of "Trollface" in Janurary 2007. The Trollface was originally drawn by Carlos Ramirez, an Oakland-based artist known by his deviantART[1] handle Whynne, as part of a MS Paint webcomic about the pointless nature of trolling on a video game forum. The comic was uploaded to deviantART on September 19th, 2008. Before the meme was made, there was a sketch of a disturbing smiled character that looked very similar mighty mouse named Rape Rodent who made an emotion the same way as what trollface has done. even though the meme of the Rape rodent was also created by Carlos Ramiez before he was posted online and after the trollface gained and succeeded alot of popularity after him, then DMCA (Digital Millenium Copyright Act) has gave them a copyright complaint about the Meme Run game before it was banned about him making the idea of possibly Rape rodent after trollface. the copyright thought that he made the meme after the trollface, but remade a sketch of the Rape Rodent before his meme of the trollface was succeeded. soon after the meme became very popular, rage comics has been making many comics with the meme in it, and since then, it has been appearing in numerous popular youtube videos and even on memegenerator.com as well. https://tse2.mm.bing.net/th?id=OIP.-OAt-BlLzfdPCh12Qix4FgHaFy&pid=15.1&P=0&w=300&h=300 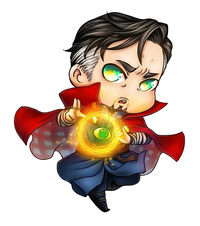