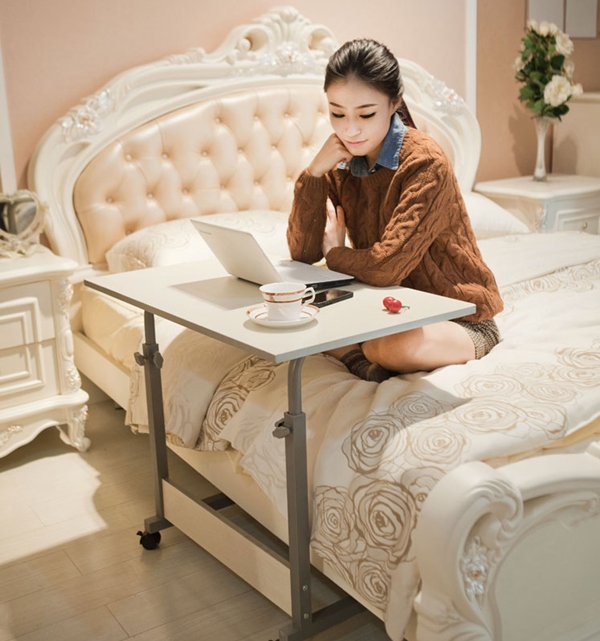 Picture 1 : This woman is sitting on the bed. She is surfing the internet and she is smiling in front of the notebook. She is wearing brown shirt. 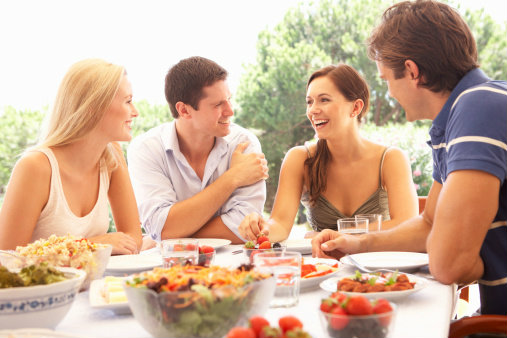 Picture 2 : They are eating lunch. They are talking to another. A woman with blonde hair is wearing white undershirt.

I want to visit Prague because it is the largest country in Czech Republic, filled with amazing architecture and there has a bridge that also one of the ten beautiful bridge in Europe. That is Charles bridge, it’s a bridge that crosses the Vltava river that connects Prague castle and Old Town. We can see many beautiful architecture from the bridge such as Prague Castle. In Old town, there are a lot of people and there will be people dancing, playing music and singing. I read many sites and they said that around the castle there are many interesting places like Golden Lane. There is also toy museum that collect toys from around the world, starting from ancient Greece, until the era of modern Barbie. In addition, there is also a Prague astronomical clock. It is located in Old town square. 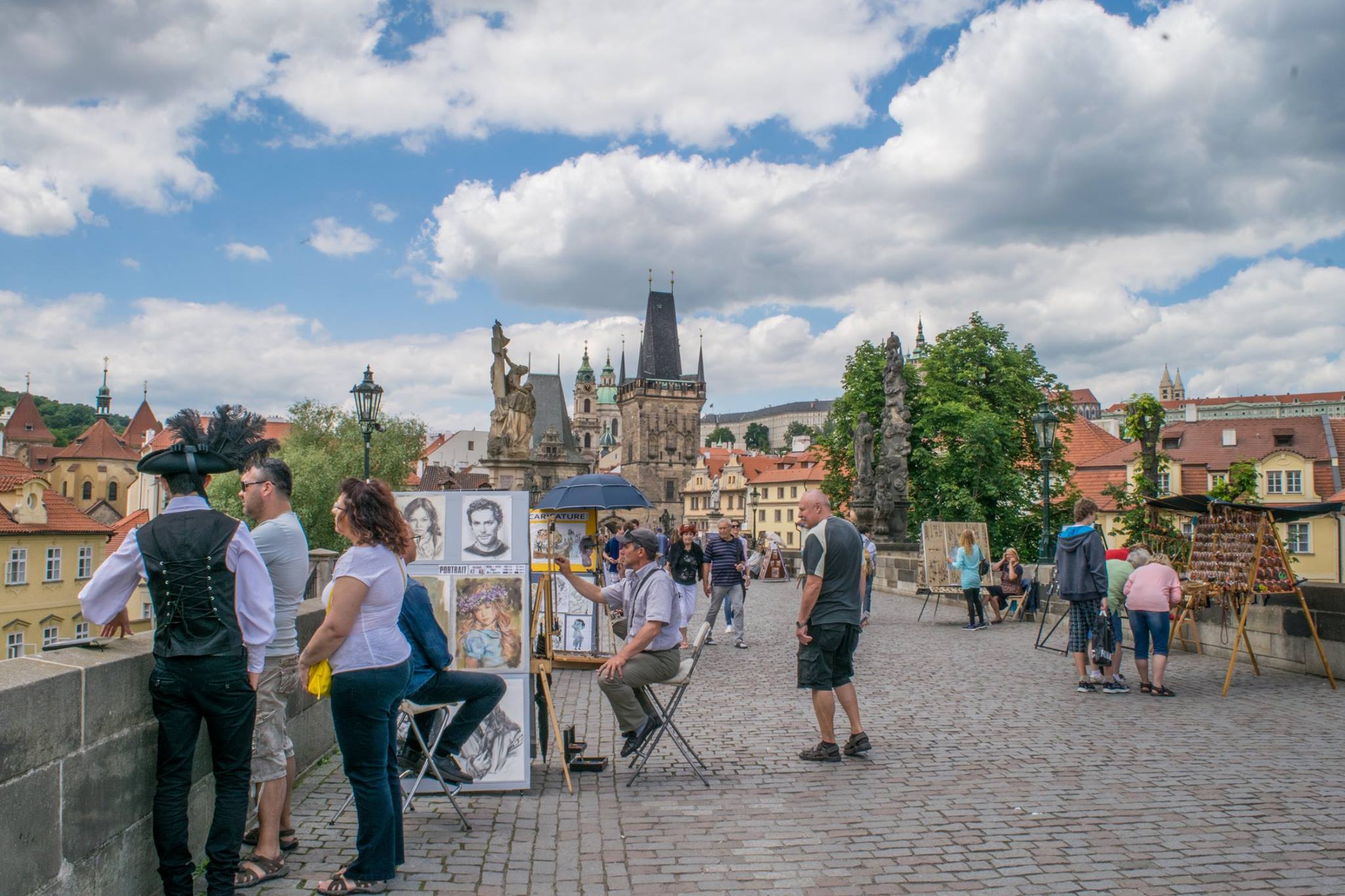 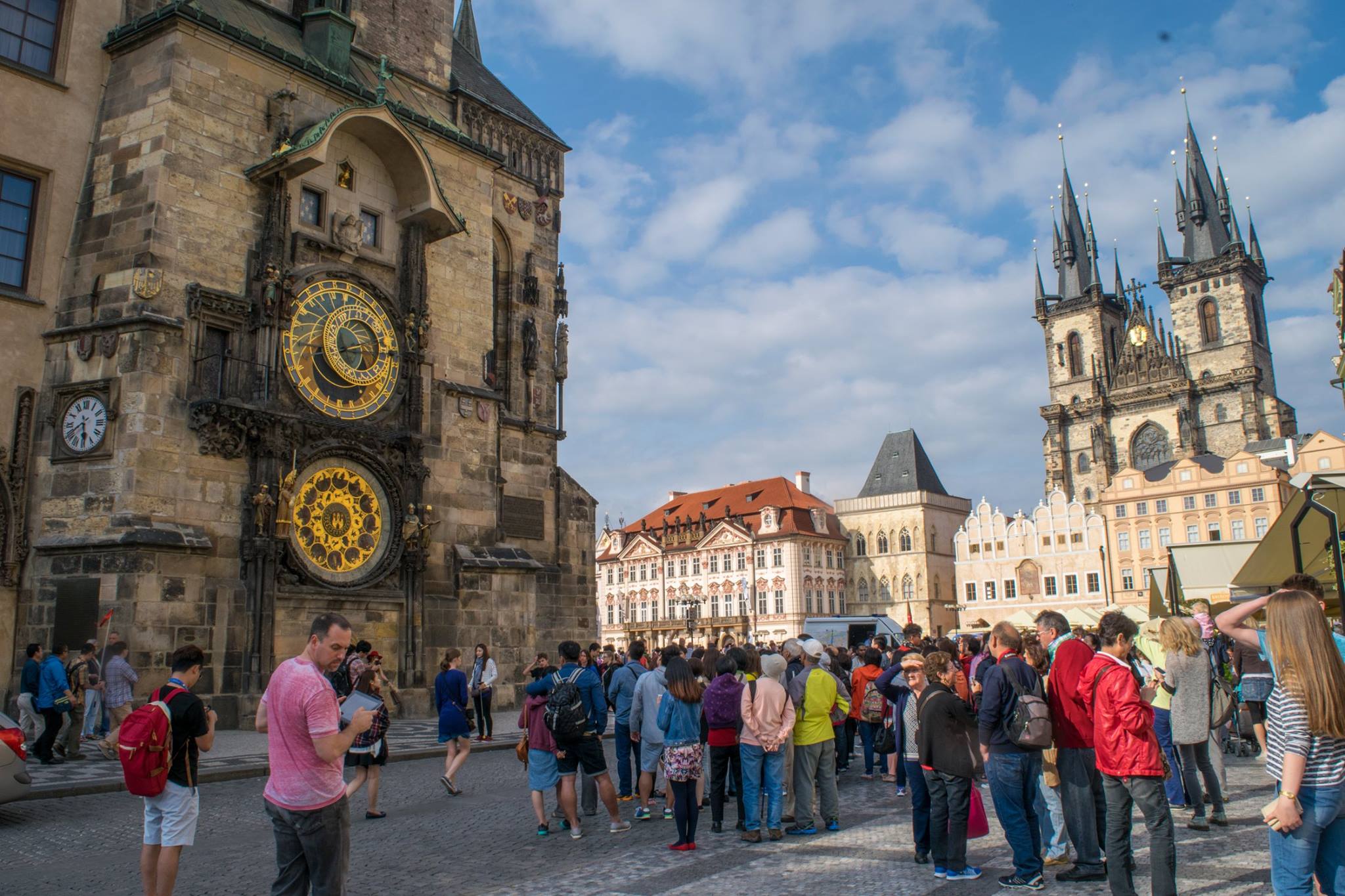 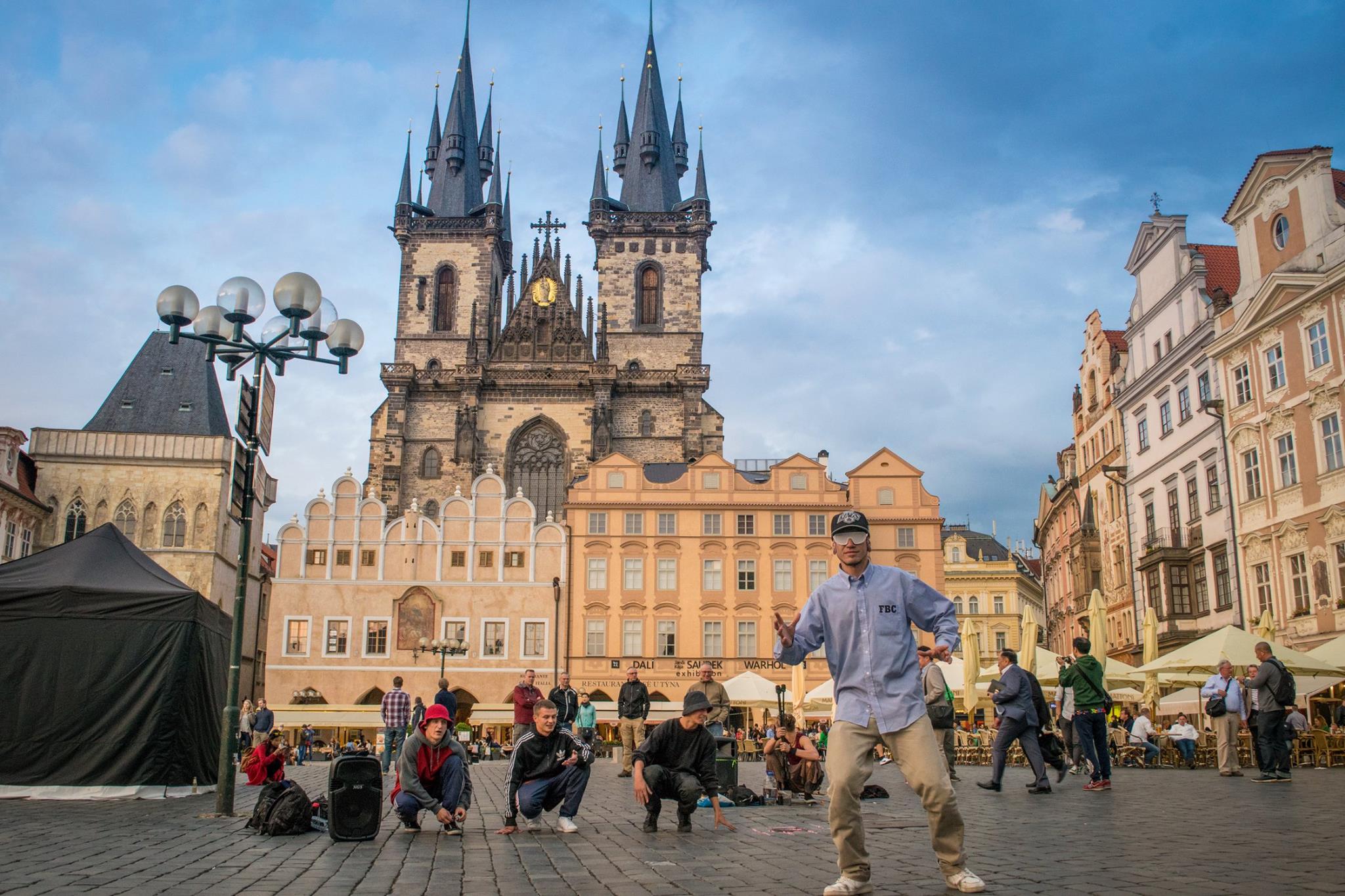 However, this is just an example of a country I want to go. It has so many countries that I want to go. I think I will be traveling around the world when I have a stable job. Does it sound crazy? Should we dream big and do it right? But I'm quite confident that I can travel around the world by myself.
Warangkana norakcot M.3/4 No.23

Job that I am keen on doing in the future

I like to play with animals. I'm happy when I see animals. I mean every kind of animals such as land animals, aquatic animals and reptile. I'm not sure that between vet and zookeeper what I want to be. I quiet want to be zookeeper because I just want to take care of them. My mother asked me that why I don't be a vet. I answered her, because I don't want to surgery them if it have some case that have disease and need to surgery only. I'm afraid to make mistakes to them so job that I am keen on doing in the future is zookeeper.
Warangkana norakcot No.23 M.3/4 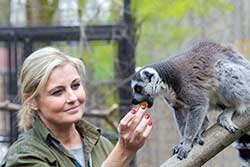 I always admired people who wanted to be zookeepers

What is the different between ghost and apparition?

A ghost is the soul or spirit of a dead person or animal that can appear to the living but an apparition is someone you see or think you see but who is not really there as a physical being.

I can say that I don’t believe in it because I don’t think ghosts are real.

Good job on differences between ghosts and apparitions. Put some photos next time just to make visualized.

Thanos was sitting on my hand and I asked him "Why you are in my hand?"
He make muddled face then I said to him "Wow, your gloves are very small, they are smaller than in the movie!" I want to pat his head so much but I don't want to died.
"Can I touch it?" I said
"No way!" he shouted. Owwwww his voice is like a babyyy.
"But I want to" so.. I steal his gloves and throw him in to the bin. HEHE I got very powerful gloves. I saw him climb the bin and run to me so I tread him. He is flat like a floor. "Sorry." I said then I re turn his gloves beside him I wish that he mustn't die.

EX.4 P.27
1.Booked:reserve
2.direct flight:a flight with one or more intermediate stops but no change of aircraft.
3.check in:To register.
4.hand luggage: luggage that can carried by hand on an airplane.
5.baggage: The and suitcases that is one's belongings while traveling.
6.passport:An official document issued by a government identifying a citizen.
7.clerk:A person who works at service desk.
8.aisle seats:a seat that in the middle of an airplane.(No windows flank)
9.boarding pass:A ticket that give to passenger after check-in.
10.gate:An entrance to the plane or exit from the plane.
11.departing:leave.
12.announcement:The act that make people known publicly or noticed.
13.delay:later or slower than expected or desired.
14.flight attendant:A person who assists or take care passengers in an airplane.
15.fasten:close or join securely.
16.took off:to go or leave
17.landed: arriving on the ground.(landing)

I never have an accident on the road before, my family too but when I was young(I'm around 3 or 4 years old) my mother not gird a belt so a police man wrote an order.

Police man can give you a fine or a ticket, not an order

Anyway, everything looks very good. Especially the story with Thanos.

Describe characteristic of a teammate
I think a good teammate for teamwork should be:
1.Are adaptable
2.Are enthusiastic
3.Have vision
4.Be selfless
5.Can communicate well to another person or teammates